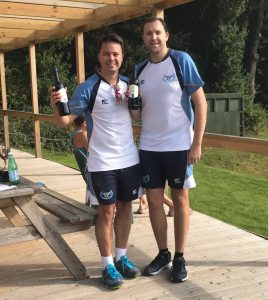 The Committee, and I am sure their fellow team mates and club members, wish to congratulate our Men’s Captain / Joint Club Captain Chris Kennedy, and our former Men’s Captain / Joint Club Captain Ali Horsford, on a great win in the final of the Tandridge Men’s Doubles Tournament on 24th September. Chris and Ali put in a very solid performance with no breaks of serve to take the honours after a competitive match against James and Zac from Woldingham. Well done from all of us!